People of Southside – The McNairs

Monty and Linda met at the Southwest Texas Bible chair in San Marcus. Linda had been taught by her girlfriends at college and had been baptized into Christ. Monty had grown up with a church of Christ background. Monty and Linda were on KP duty after an event at the Bible Chair. Monty had heard that she already had a boyfriend, but he mustered the courage to ask her if she would like to go on a walk with him. She nodded affirmatively and then he inquired if see was dating anyone special. When Linda answered “No” Monty then said “then let’s go on a little longer walk!” The romantic Monty concluded that evening with serenading Linda with his guitar and the Hank Williams ballad “All I Have to Offer You is Me.”

Their walk together has now lasted more than 40 years. 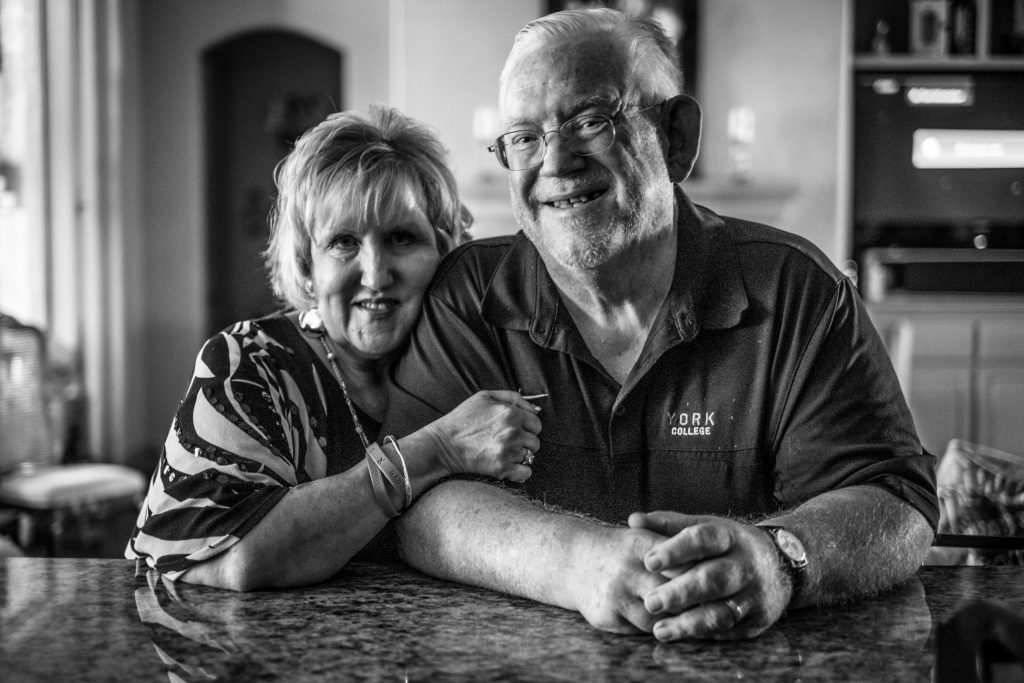 Their son Jon was born 11 weeks early and weighed only a little over 2 pounds. The little one was on a respirator for six months. The young married couple devoted themselves to the care of what they called their “Miracle Boy”. For three years the child required intensive care in the hospital and then at home. He could not walk until the age of three, but because of the devotion of loving parents he was reading at the age of two.

Monty has a PhD. In Business Administration with an emphasis on Information Systems. He has worked for Lockheed for three decades. Presently Dr. McNair enjoys teaching online classes for Harding, York, Indiana Wesleyan, and William Woods. His interaction with his students brings him great joy.

Linda was an early childhood educator for three decades. Her 20 years at Lily B.Clayton found a whole generation of little ones experiencing sanctuary and gracious instruction in her “McNairs Bears” classroom.

Monty and Linda have worshiped at Southside since 1998. Monty has served as one of our shepherds for 14 of those years. It’s no surprise to those that know Monty that his favorite Bible verse is about his mentor Brother Barnabas. In Acts 11:24 we read that the Son of Encouragement was called “a good man, full of the Holy Spirit and faith. And considerable numbers were brought to the Lord.” Monty’s gift of encouragement has just become a part of his identity here at Southside and now truly a part of the congregational DNA.

Fittingly Linda’s favorite verse is Matthew 19:24,”Let the little children come unto Me….” She loves the image of the Master surrounded by little ones. It has been an image that has given focus to her calling.

As Monty faces formidable health challenges, Linda says that the words of her favorite hymn” It is Well with My Soul” have become an anthem for both of them. Faith in the Lord’s Providential care allows them to walk together confidently into the uncertainties of tomorrow.