People of Southside – The Ramirez Family

Whether we are aware of it or not, all of us are governed and guided by a worldview that is embedded deeply within. Each have an internal gyroscope that rights us when the world is turned upside down.

For Javier and Nora Ramirez this internal anthem to which they march is epitomized by the old hymn "Leaning on the Everlasting Arms." Nora says that she often finds herself singing or humming this hymn of faith on her way to and from her cancer treatments. It is a song that has brought her comfort throughout her lifetime. Even as a toddler somehow she knew she was living in the Divine Presence. This song has always been on her lips. In caring for her beloved aging parents in their final months, the song echoed in her heart. God’s ancient reassurance to His people in Jeremiah 29:11 that His plans brim with a bright and hopeful future are as fresh as this morning’s newspaper for Nora and the family. 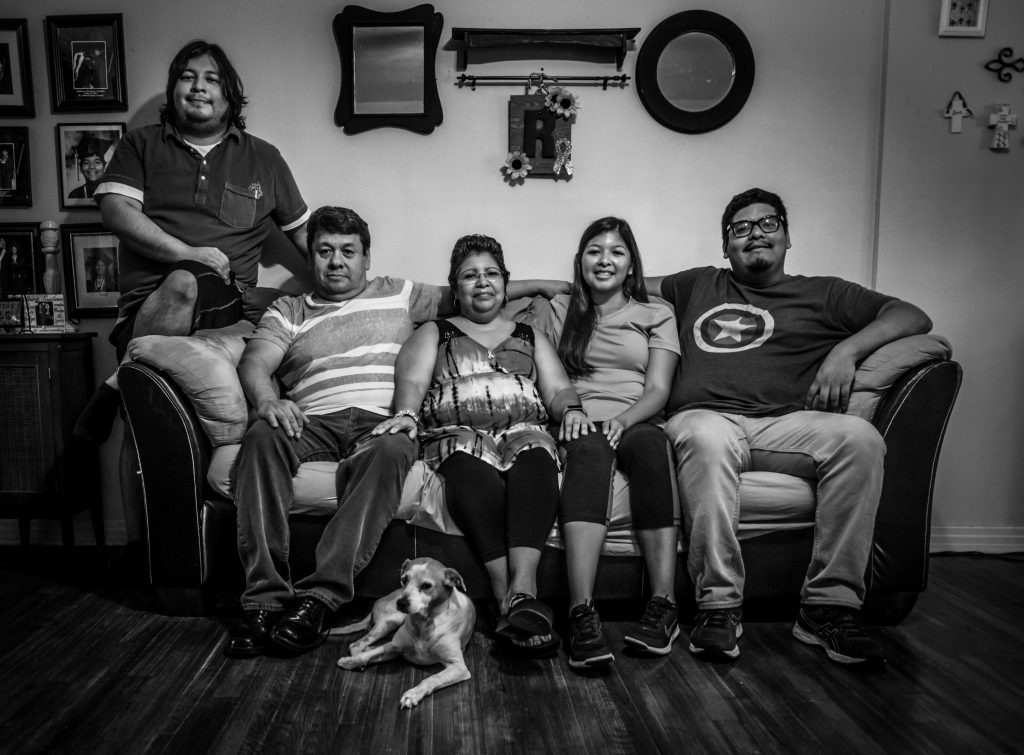 Javier was born in Guanajuato, Mexico and Nora in Brownsville. They met at church as teens. Javier has worked faithfully for the same company, Sterigenics, for 27 years, their entire married life, as a materials handler.

Alex is 27 and works for the OMNI Hotel Convention Center and is training for a career as a chef.

Israel is 25, a graduate of ACU, and works at Academy Sports.

Elissa is 22, recently graduating from UNT with a degree in kinesiology and is considering a career in personal training.

The Ramirez family came to Southside in 1997. They were attracted to the mission-mindedness of this urban congregation. Nora wanted her children raised as she had been by her parents Emma and Herminio Delgado--surrounded by the warmth of Christian community. The Southside spirit of ministry to the local community was also appealing.

“Miss Nora” has a special affinity for Southside little ones. Her affection for our youngsters, and they for her, is evidenced weekly. Nora is a trusted and beloved babysitter for a number of Southside young families. She also enjoys Academy 4, where she volunteers to mentor fourth graders.

As Nora battled cancer this past year she says that the “Everlasting Arms” have not failed her. Her faith is stronger. Her anxieties fewer. Her priorities clearer.

Leaning on the everlasting arms.

I have blessed peace with my Lord so near,

Leaning on the everlasting arms."