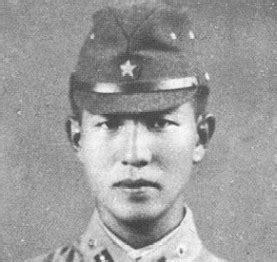 Yet the War ended 29 years later for Lieutenant Hiroo Onoda in March of 1974. For 29 years the Japanese officer refused to believe the War was over and fought daily battles on the island of Lubang in the Philippines. Fighting local fisherman, farmers, and police, the
officer continued acts of violence and sabotage on the island southwest of Manilla. Hiding in the thick jungles of the island, authorities were unable to capture the elusive Lieutenant.

For 29 years both Filipinos and Japanese tried to convince the clandestine soldier that the War had ended. Pamphlets, newspapers, and photos were dropped by plane into the thick jungles. Onoda thought it all enemy propaganda.

Finally, after 30 years of living like a beast in the jungle, the tired emaciated old man surrendered his sword to President Ferdinand Marcos of the Philippines and returned home to Japan. 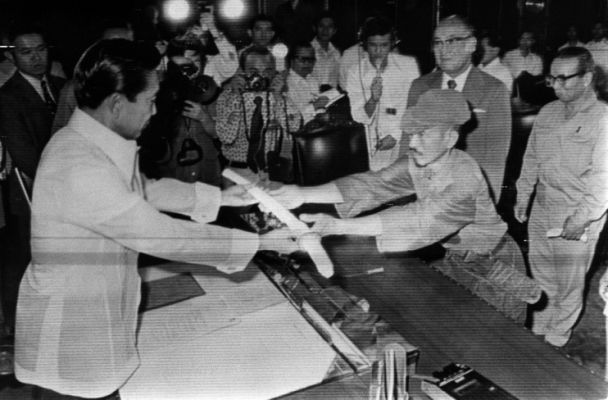 I think of so many still in our day who are fighting lonely interior wars. Smoldering personal grudges against abusive exes, negligent parents, infuriating coworkers, obnoxious bosses.

Or we could reference the battles we fight against Divine Love. Like feral cats who scratch and struggle against the one trying to give nurture—so we evade or battle against the Love from Above.

Our message to the Lieutenant Onodas of the world, those who live in interior turmoil fighting hard lonely battles, is to put away the sword and surrender to the One who alone offers Peace, Perfect Peace.